Mangroves are a common coastal habitat throughout Moreton Bay and eight species have been recorded here. They can be found all along the mainland, on the islands of Moreton Bay and also on the western side of North Stradbroke Island. 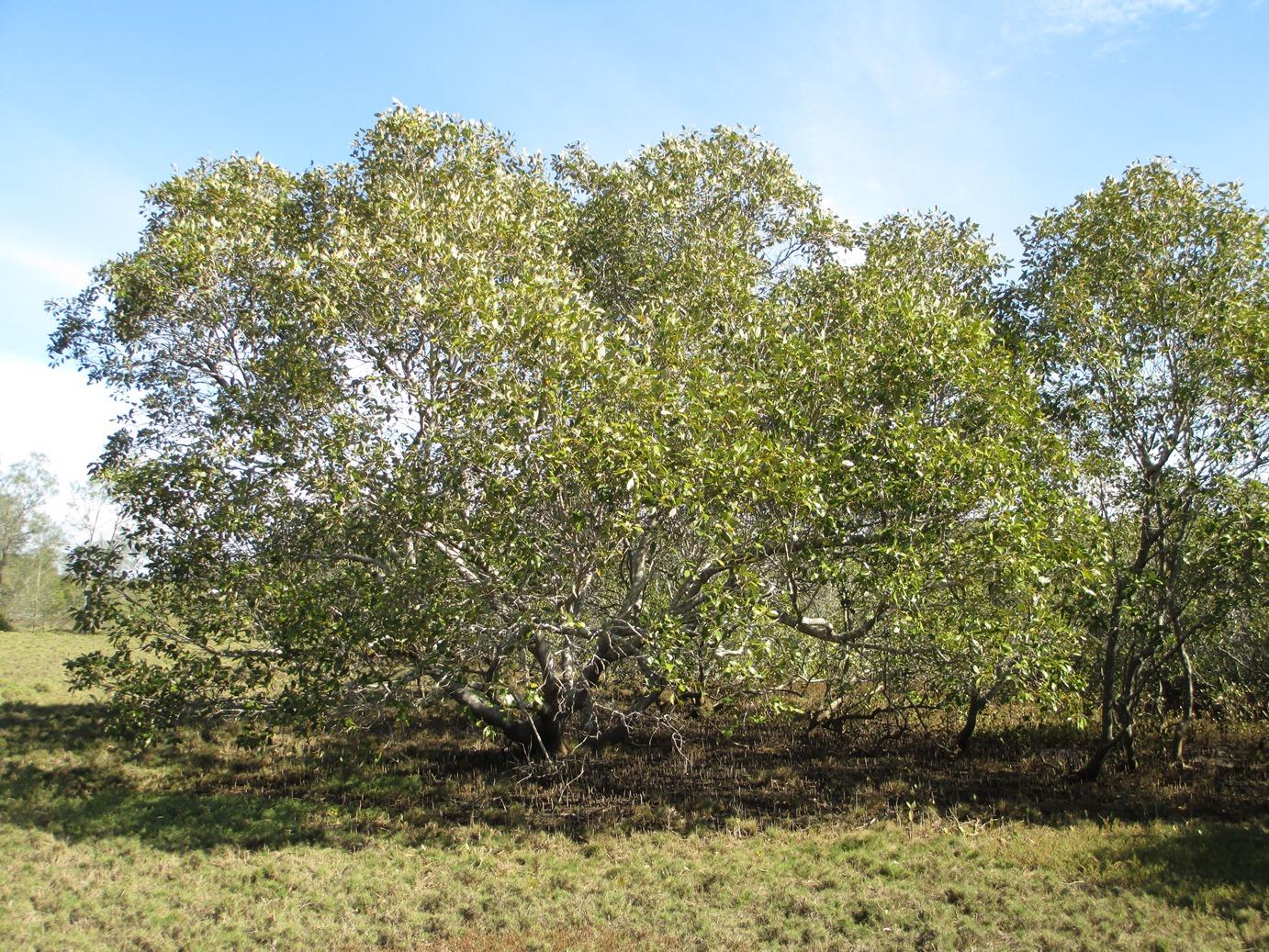 As well as playing a vital role in stabilising and protecting coastal areas, they also provide habitat for a wide range of species, some of which occur only in the mangroves.

The most common types of mangrove plants in the Redlands Coast are: 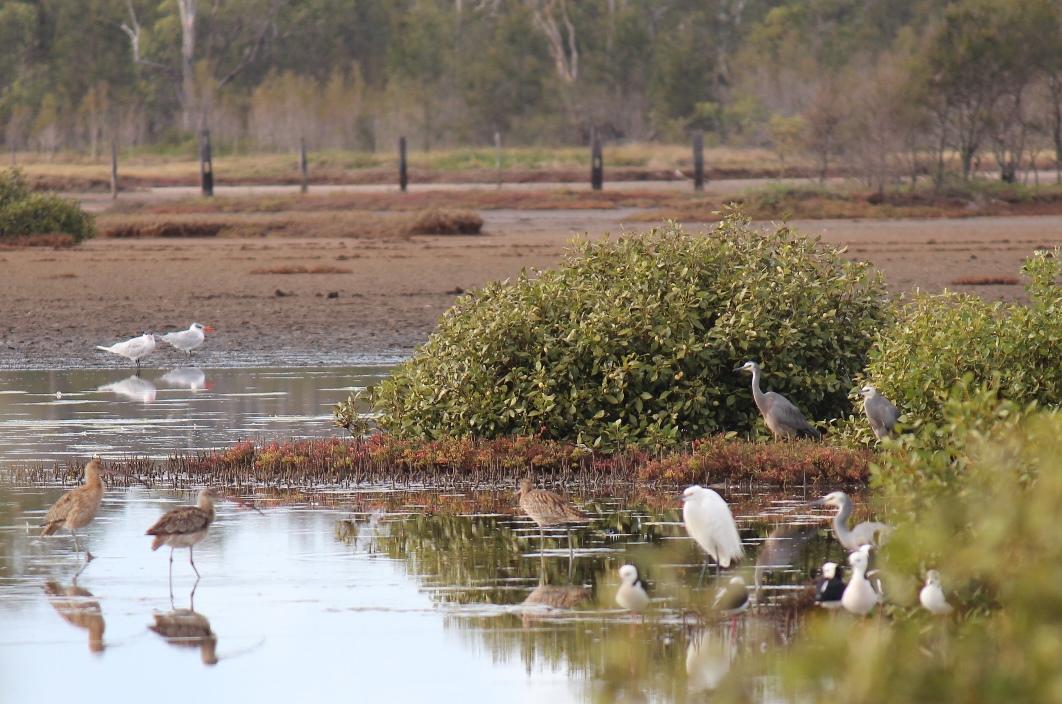 Mangrove adaptations to their environment

Mangroves have had to physically adapt their leaves, their roots and their reproductive methods in order to survive in a harsh, dynamic environment of soft, low oxygen soils and varying salinity.

Many mangrove species, such as the Grey Mangrove and the River Mangrove (common species along the Redlands Coast), have leaves with glands that excrete salt.

Some species such as the Grey Mangrove can also tolerate the storage of large amounts of salt in their leaves – which are discarded when the salt load is too high.

Mangroves can also restrict the opening of their stomata (these are small pores through which carbon dioxide and water vapour are exchanged during photosynthesis). This allows the mangrove to conserve its fresh water, which is an ability that is vital to its survival in a saline environment.

Mangroves are able to turn their leaves to reduce the surface area of the leaf exposed to the hot sun. This enables them to reduce water loss through evaporation.

A distinctive feature of mangroves is their far-reaching, exposed roots. While these roots come in many different shapes and sizes, they all perform an important function – structural support in the soft soils.

Some species of mangroves have pneumataphores, which are above-ground roots. These are filled with spongy tissue and peppered with small holes that offer structural support and allow oxygen to be transferred to the roots trapped below ground in the anaerobic (low oxygen) soils.

The roots of many mangrove species are also adapted to stop the intake of a lot of the salt from the water before it reaches the plant. 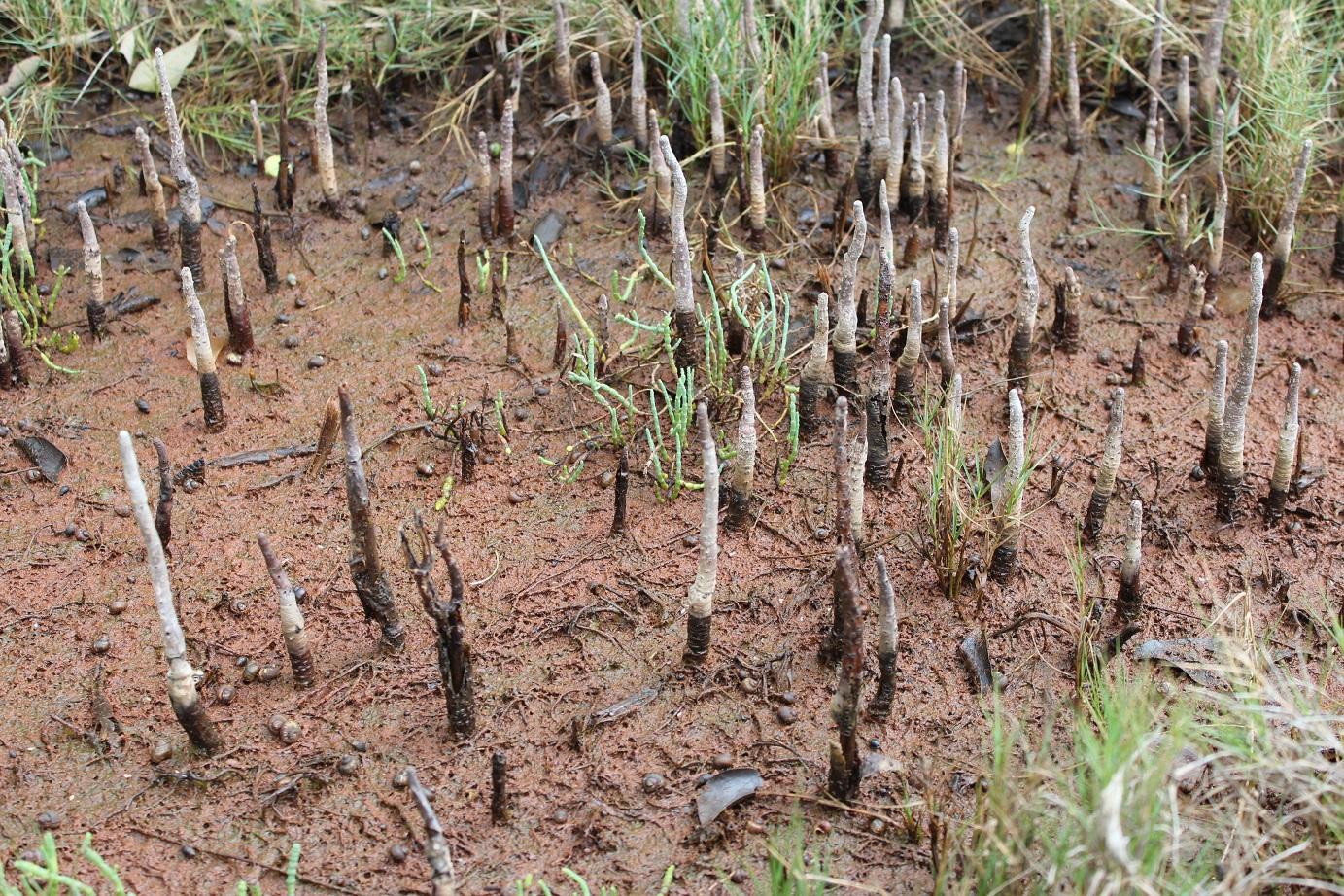 Some mangrove species have evolved to produce seeds that float. The tide acts as the method of dispersal to avoid crowding of young plants.

Other mangrove species are viviparous. They retain their seeds until after it has germinated and a long, cylindrical propagule has formed. When it has matured to this stage, the parent tree drops it into the water, where it remains dormant until it finds the soil and is able to put out roots.

If you live nearby mangrove wetlands you may notice a strong rotten egg odour particularly between May and November. While often mistaken for sewerage, it is actually the result of a natural process when mangroves drop seeds which begin to be broken down by bacteria living in the soil.