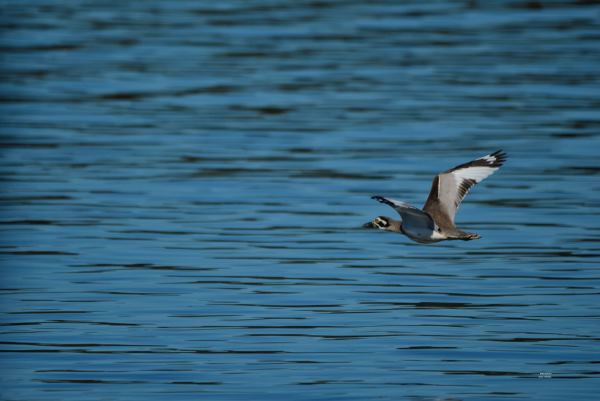 The beach stone-curlew is a large, thick-set grey-brown shorebird. The key identifying features of this species are a large bill, black-and-white head and brown and white stripes on the forewing.

Where are they found?

Curlews are often seen in pairs or alone with nests located in the tree shadows and along the landward edge of the beach. If curlews are disturbed, they may abandon the nest and re-lay eggs elsewhere.

The curlew lives along the coast and on offshore islands. Being an exclusively coastal bird, curlews can be found in a variety of habitats ranging from sandy and vegetation-covered to rocky beaches, with the exception of large mangrove or cliff stretches.

Redland City Council manages environmental pests throughout the Redlands to minimise their impact on native ecosystems and birds such as the beach stone-curlew.

This bird is easily distinguished from all other waders by its large size, massive bill with yellow patches at the base and easily visible black and white pattern on the head.

During breeding season, beach stone-curlews emanate a wailing territorial call at night which is higher in pitch and harsher than that of the bush stone-curlew.

Control your domestic dogs and cats which creates areas safe for curlew breeding (desexing domestic animals can help control the feral population) and stay clear of the nesting sites.