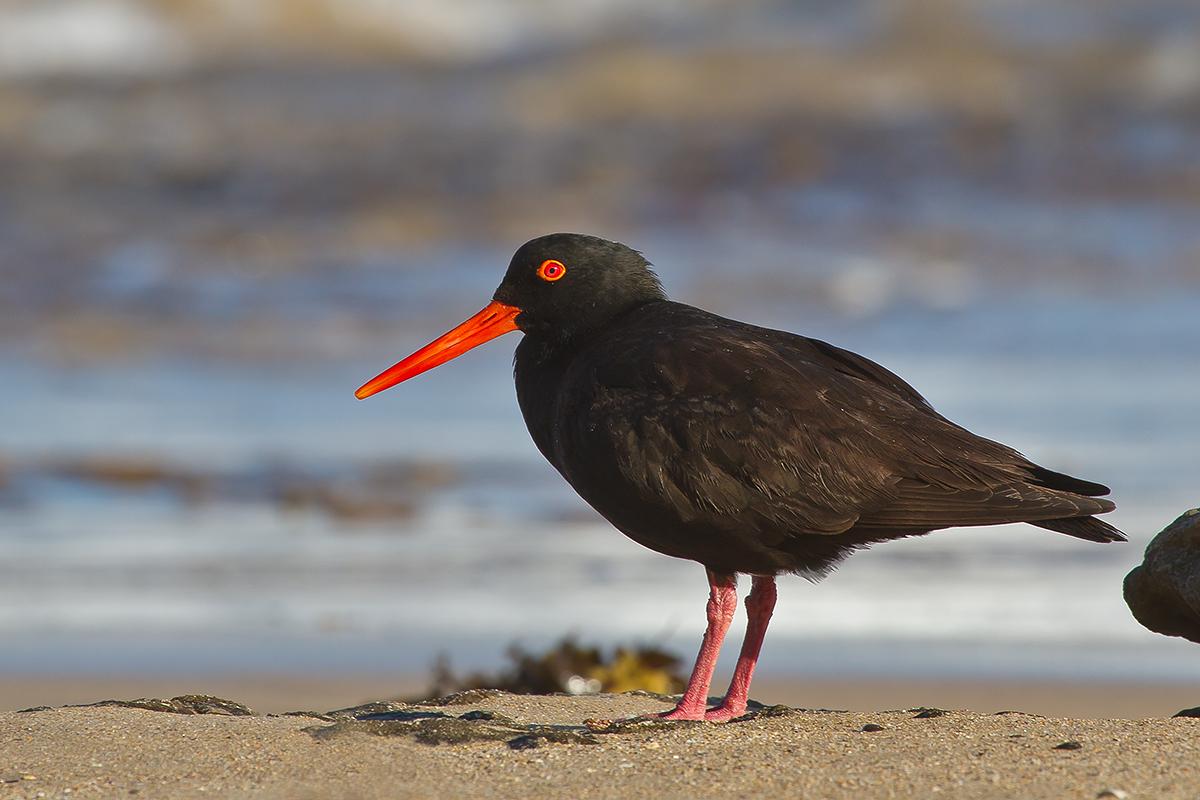 The sooty oystercatcher is a large wading bird reaching 50cm in length. It has a bright orange-red bill, an eye-ring and coral-pink legs and feet. Females have a longer and slimmer bill than males and are often larger in size; however, this is not always the case.

The sooty oystercatcher is endemic to Australia and lives in coastal environments within 100m from the ocean. Their habitats include rocky headlands, rocky shelves, and exposed reefs with rocks, beaches and muddy estuaries.

Sooty oystercatchers forage on exposed rocks for hard-shelled prey such as crabs and molluscs or soft-bodied prey such as marine worms. They use their long bills to pick the prey from the rocks and stab, lever, hammer or scissor hard shells to prise edible parts. The diets of male and female sooty oystercatchers differ in the quantities of hard-shelled and soft-bodied prey they consume.

Redland City Council manages environmental pests throughout the Redlands to minimise their impact on native ecosystems and endangered birds such as the sooty oystercatcher.

The bird’s features are similar to the Pied Oystercatcher (h. longirostris); however the two species differ in size and feather colour, with the sooty oystercatcher being much larger and entirely black.

Respect signs restricting access in the sooty oystercatcher’s habitat areas and be aware that beach-combing, fishing, 4WD, horseriding and dogwalking in these specific areas can negatively affect the birds.