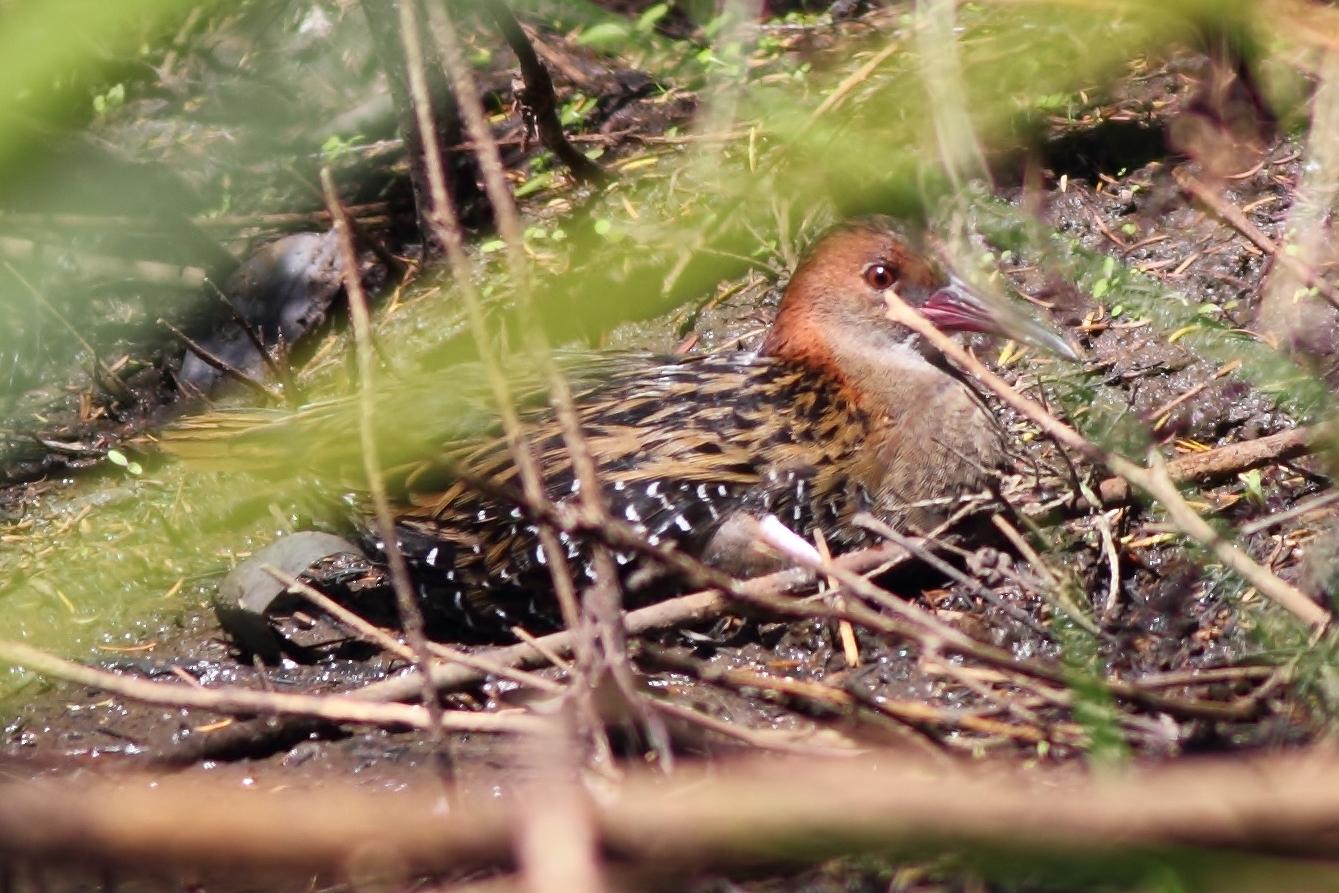 Lewin’s rail is a small to medium-sized bird with a body length of 20 to 27cm. This bird has a long pink bill with a black tip. The top of the head and back of the neck are a light chestnut colour and the wings are mottled and have black-to-chestnut stripes. The chin and underside of the neck are light grey. Legs and feet are grey and the abdomen is a barred black and white.

This bird is a migratory species internationally; however the majority of Australian Lewin’s rails have limited movement during the year. They primarily inhabit the area from the Atherton Tablelands in north Queensland south to Proserpine-Mackay, but are also found in the state’s southeast.

Lewin’s rails breed over the summer period, laying three to five eggs in their saucer-shaped ground nests, which they build from dry vegetation such as reeds and grasses. The nests usually sit just above the water’s edge in dense reeds and grassland.

These birds forage in shallow water around the water’s edge, under the cover of surrounding vegetation and aquatic plants. Lewin’s rails feed mainly on invertebrates and occasionally bird eggs and frogs.

Lewin’s rail is protected under the Nature Conservation Act 1992. It is an offence to damage or interfere with Lewin’s rail in any other way than when accepted by the Act.

Redland City Council manages environmental pests throughout the Redlands to minimise their impact on native ecosystems and birds such as Lewin’s rail.

There are three Lewin’s rail subspecies recognised in Australia. L.p. clelandi was originally found in south-western Australia, yet it is now considered extinct. L.p. brachipus is limited exclusively to Tasmania and l.p. pectoralis is native to Queensland.

This species creates tunnels within the vegetation, which it uses for quick escapes.

Stay away from nesting areas and if you have seen or suspect a Lewin’s rail at any location, please report it to IndigiScapes on (07) 3824 8611.