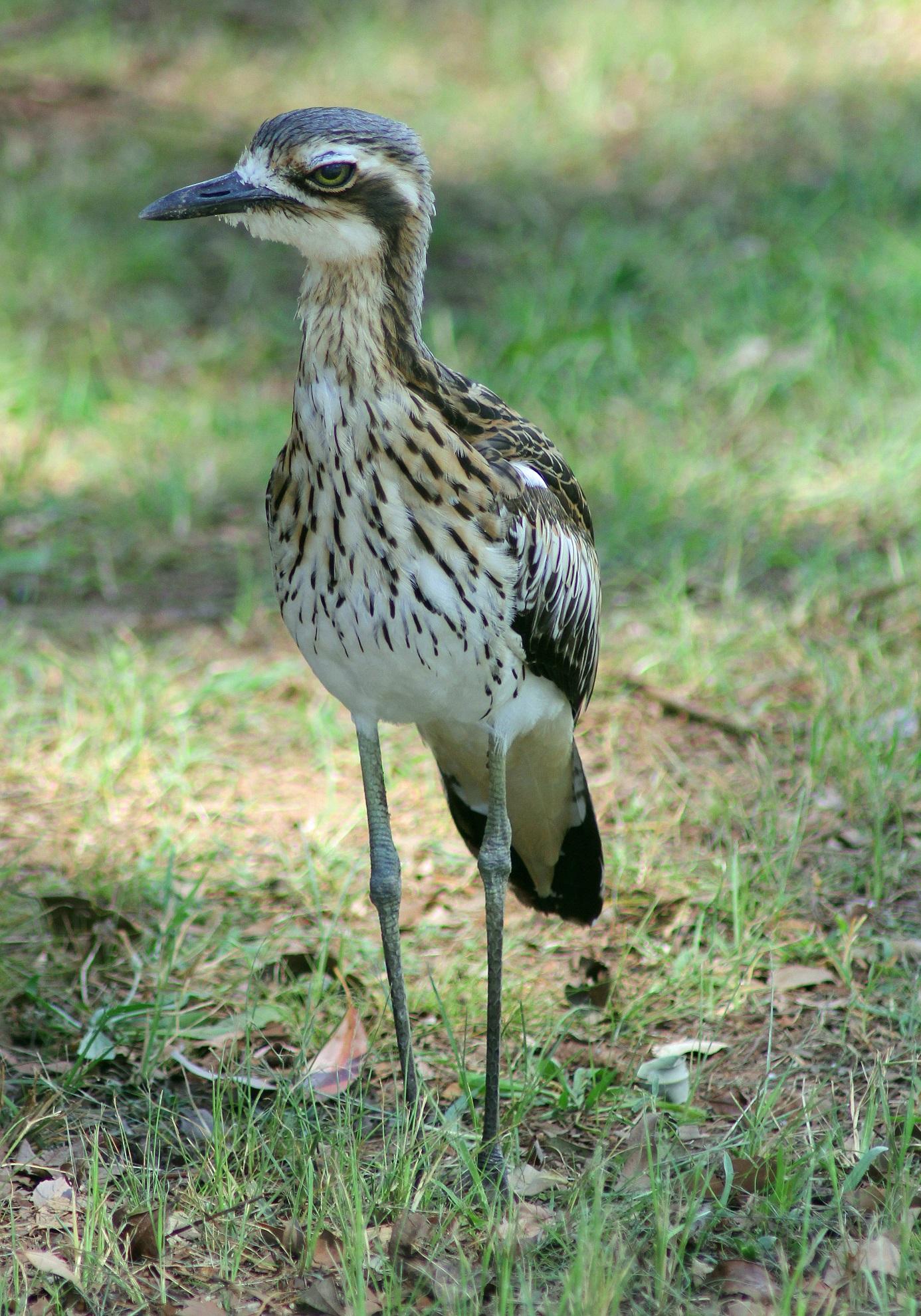 The bush stone-curlew is an iconic, nocturnal bird of the Redlands. The key identifying feature of this species is a plumage, which is excellent for camouflage during the day. Bush stone-curlews are between 54 and 59cm in length and have a wing span of 82-105cm, with males weighing about 670 grams and females about 625 grams.

This bird has long legs, knobbly 'knees' (which are actually ankles) and a small black bill. It is grey-brown in colour with black streaks and has a white forehead and eyebrows, golden eyes and a broad, dark-brown eye stripe. Bush stone-curlews’ diet is wide-ranging and includes insects, spiders, frogs, molluscs and small lizards.

Where is it found?

The bush stone-curlew is found in lightly timbered open forests and woodland which provide the best habitat for nesting and camouflage. They can also be found in swampy paddocks, mangroves and salt marshes, but tend to roost at the timbered fringes. In the Redlands, bush stone-curlews often nest near and around residential areas on the mainland and on the Moreton Bay islands.

Bush stone-curlews breed from June to December and are territorial during the breeding season. The mating pair is monogamous and will stay together for the year. The clutch size is two eggs, which are laid on the open ground with little preparation. When they feel their eggs or chicks are in danger, the birds will hiss and spread their wings to ward off potential predators.

This species is listed as Least Concern in Queensland (Nature Conservation Act 1992) and ranked as a low priority under the Department of Environment and Heritage Protection’s Back on Track species prioritisation framework.

Redland City Council manages environmental pests throughout the Redlands to minimise their impact on native ecosystems and birds such as the bush stone-curlew.

Bush stone-curlews emanate haunting, mournful “weer-lo” (hence Weelo being one of the species’ names) calls at night. The ghost-like sound is a contact call, with several birds often joining in a chorus. The birds repeat the call four to five times, sometimes culminating in a trilled, screeching crescendo.

Keen scavengers, bush stone-curlews are omnivorous and are known to take advantage of unguarded pet food.

Control your domestic dogs and cats which creates areas safe for curlew breeding (desexing domestic animals can help control the feral population) and stay clear of the nesting sites. If you see a nest in a park or well walked area, please contact Redland City Council’s Wildlife Officers at IndigiScapes on  (07) 3824 8611.