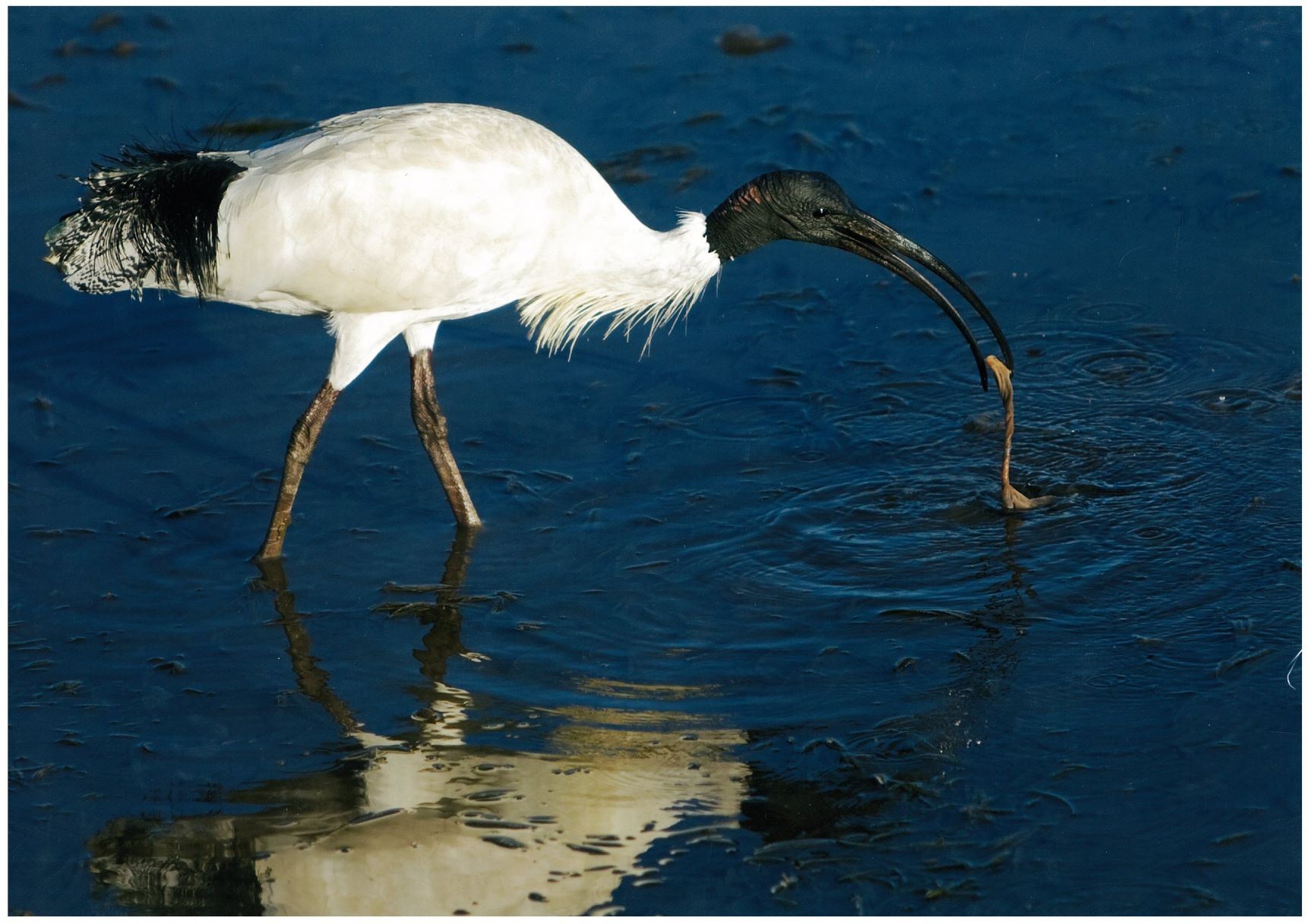 The Australian White Ibis (Threskiornis molucca) is a native bird playing an important role in our local ecosystem. This easily recognisable bird is critical to natural pest management, preying on insects and grubs in addition to foraging for crustaceans, frogs, fish, small mammals and snails. They are one of the few species that have adapted to eat cane toads.

On Redlands Coast you will find ibis in their natural habitat - swampy, wetland areas, mudflats, parks, open paddocks and beaches.  You may also find them in parklands, school grounds and other urban environments where they feed on unattended or discarded human food scraps.  Like all our native birds, human food can negatively impact the health of the ibis.

How ibis are managed on Redlands Coast

Redland City Council is a founding member of the Ibis Management Coordination Group (IMCG) and one of the first Councils to undertake an ibis management program. This IMCG consists of South-east Queensland and New South Wales local governments, ecologists, researchers and consultants who work together to provide the best techniques to alleviate ibis issues through:

Ongoing management has kept a cap on the ibis population and here on Redland Coasts you will find small numbers of ibis throughout the City. The ibis population is part of a national annual ibis count, undertaken to ensure we are effectively managing our population.

How can you help?

There are some simple steps you can take to help manage our ibis population: