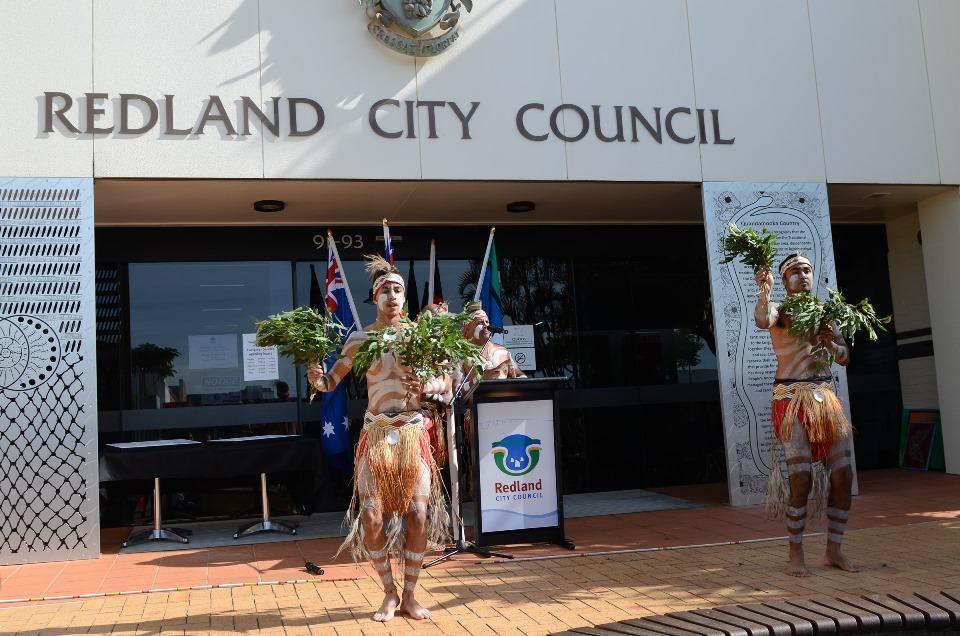 The Traditional Owners of much of Redland City, collectively known as the Quandamooka People, have lived on the lands and seas surrounding Minjerribah (North Stradbroke Island) for at least 21,000 years.

The Quandamooka People represent three distinct tribes: the Nughie of Moorgumpin (Moreton Island) and the Noonuccal and Gorenpul of Minjerribah.

View On North Stradbrok Island with Matt Burns, where life is beautiful one day and perfect the next on Youtube.

On 4 July 2011, Redland City Council and the Quandamooka People signed a historic Indigenous Land Use Agreement, setting out broad principles and mechanisms for how the parties will work together to benefit the communtiy.  On the same day, 4 July 2011, the Federal Court of Australia made two native title consent determinations recognising the Quandamooka People's native title rights and interests.  Quandamooka Native Title was recognised for Mulgumpin (Moreton Island) on 27 November 2019.

Redland City Council is committed to working in partnership with the Quandamooka People, supporting their role as custodians of their Traditional lands, and helping ensure the future prosperity and cultural enrichment of the community.

Redland City Council has identified actions in its Our Future Redlands - A Corporate Plan to 2026 and Beyond under the following goal:

The rich Aboriginal heritage of the Redlands (Quandamooka) and the Traditional Owners' ongoing custodianship of Quandamooka land and waters will be widely understood and respected, and we will work together for the future of Quandamooka Country.