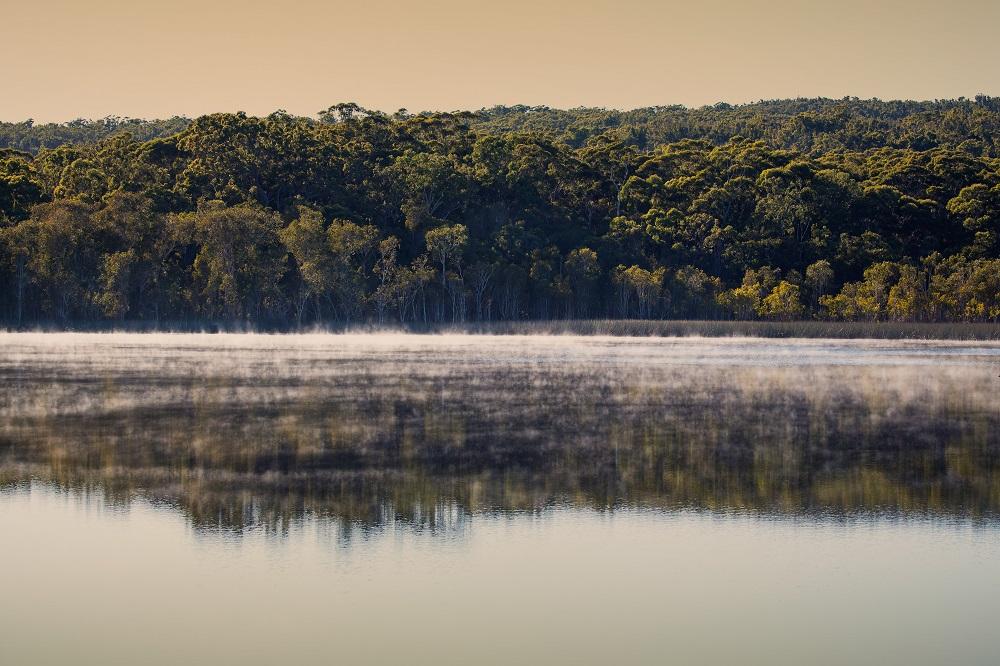 The Redlands Coast is rich in Aboriginal history; Quandamooka people have lived in the area for tens of thousands of years.  Villages existed around the coastal areas and islands, and campsites could be found wherever there was freshwater from creeks or water holes.  Food supplies were plentiful on land, in the waterways and seas. Fishing, hunting and gathering were part of the communal economy, with people collecting food according to their carrying capacity, and food shared according to families’ needs.  When the first Europeans arrived in the area in the 1820s, Aboriginal people in the area we now call Redland City numbered more than 5,000.

Corroborees and other ceremonies were an integral part of community life, and huge regional celebrations had ceremonial, spiritual, social, cultural and economic significance.  One major site was on the shores of Doobawah (Raby Bay), and early European accounts record that upwards of 500 people would meet there to trade goods and food, then sing and dance into the night.

Read more about Quandamooka Country and the Native title.