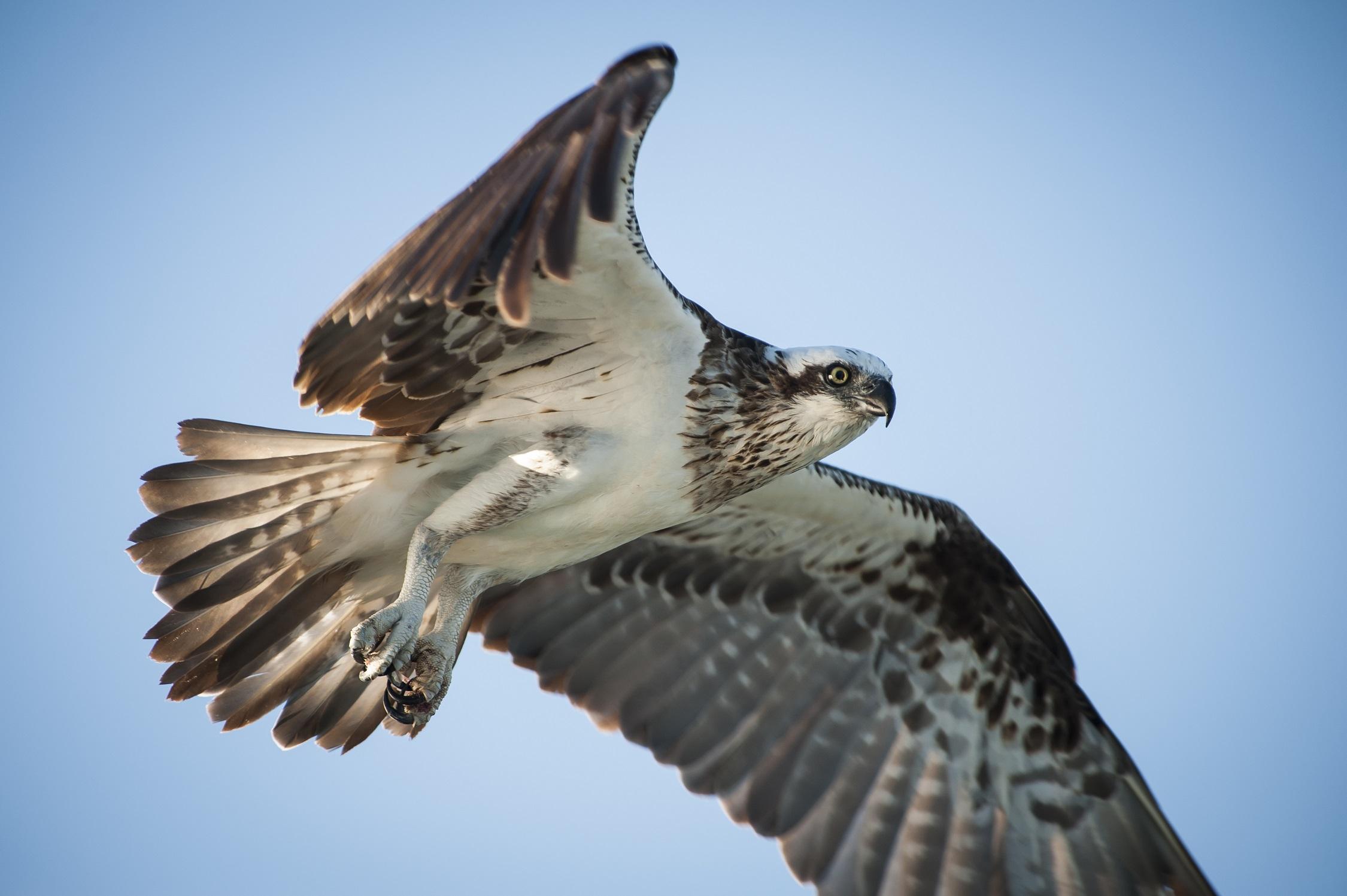 Find out more about the Wellington Point osprey pair

The Osprey, although a relatively large bird of prey, is noticeably smaller than a White-bellied Sea-eagle.  Ospreys have a white head with a dark stripe through the eye and down the neck. Their back is dark brown while their breast and belly are predominantly white. Females tend to have heavier brown flecking around their collar. They have distinctive bowed wings and a short and square tail while in flight.

Ospreys prefer to live along Australian coastlines, except for Victoria and Tasmania, in terrestrial wetlands and on offshore islands. They can also be seen inland, usually living and hunting along rivers.

In South East Queensland, the Osprey’s breeding season occurs from April to November. Some Osprey pairs breed every year, others every two to three years. Many return to the same nesting site year after year.

The female will usually lay a clutch of two to three eggs. These are primarily incubated by the female, for a period of 33-38 days. The male is largely occupied with providing food during this time.

Young Ospreys fledge (leave the nest) at 55-60 days after hatching, but can return to the nest to be fed for another two months.

Ospreys are great hunters. They mainly feed on medium-sized fish that they catch while patrolling the coast, but they do occasionally eat crustaceans, insects, reptiles, birds and mammals. Ospreys are primarily diurnal (awake during daylight hours), however you may occasionally spot them hunting for prey at night.

An osprey can completely submerge into the water in pursuit of their prey. They have oily plumage that repels water and allows them to take flight as soon as they reach the surface.

Ospreys have extremely sharp, hooked claws and flexible toes with spiny toe pads, perfect for holding onto a slippery meal. They take their catch to a perch close-by and tear it into bite-sized pieces with their sharp beak.

Currently in Australia, the main threat to an Osprey’s survival is loss or degradation of nesting sites. This is why it was important Redland City Council help move the Wellington Point Ospreys from their unsafe nesting site down the road. Ospreys readily use artificial nesting platforms including lighthouses, jetty pylons and even exposed shipwrecks!

Redland City Council are currently running a Citizen Science project that includes researching the nesting sites and behaviours of coastal raptors on the Redlands Coast.

How can you help?