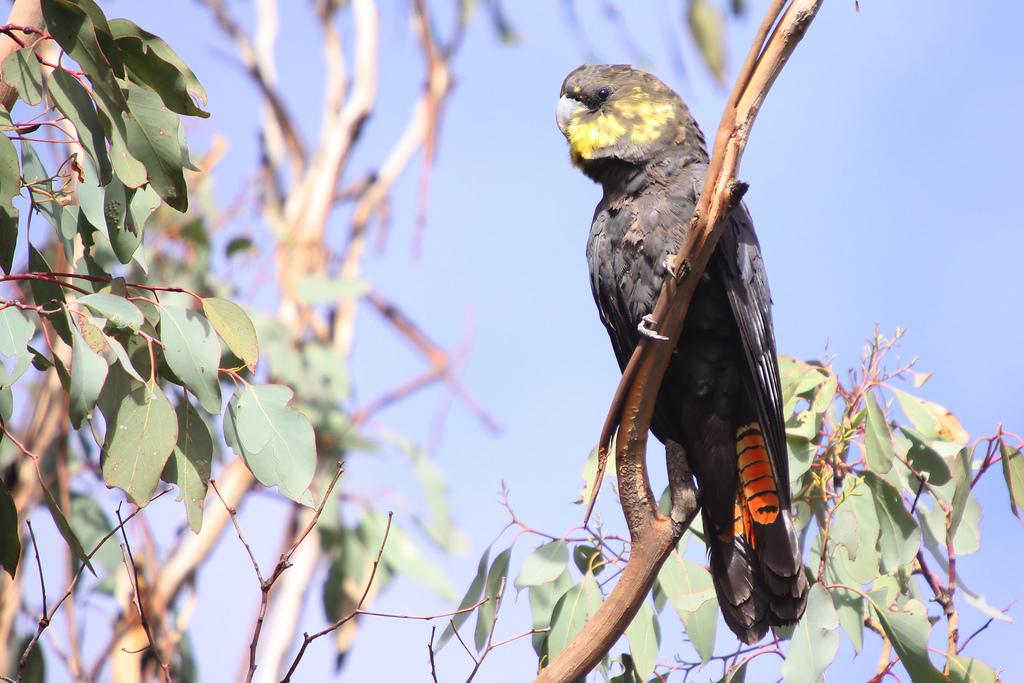 The Glossy Black-Cockatoo is the smallest of the Australian Black-Cockatoos and is characterised by its very large beak and very small crest. Glossy Black-Cockatoo’s have distinct differences in appearance between the adult male and female birds. The male’s head is brownish in colour whereas the female has irregular patches of yellow over the head and neck. The tail panels are also different: bright red for the male and reddish-yellow barred with black for the female.

The Glossy Black-Cockatoo family includes three subspecies that are differentiated according to beak and wing morphology, with non-overlapping ranges – Calyptorhynchus lathami lathami has a core population in south-eastern Australia, C. lathami erebus is mainly found in central eastern Queensland, from the Dawson-Mackenzie basin to Paluma and C. lathami halmalurinus has an isolated population in South Australia on Kangaroo Island.

In the Redlands, you will find Glossy Black-Cockatoos living predominantly on North Stradbroke Island and the Southern Moreton Bay Islands. They are also seen feeding occasionally on the mainland.

These cockatoos are highly selective in terms of both the trees and the cones on which they choose to forage. The diet of the Glossy Black-Cockatoo is mainly restricted to the seeds of only two subspecies of She-oaks in south east Queensland;  the Forest She-oak (Allocasuarina torulosa) and the Black She-Oak (A. littoralis).  They have been known to occasionally feed on Casuarina cristata and C. equisetifolia.

Glossy Black-Cockatoos are protected under the Nature Conservation Act 1992.

It is an offence to injure, harass, hurt or interfere with Glossy Black-Cockatoos and their breeding places.