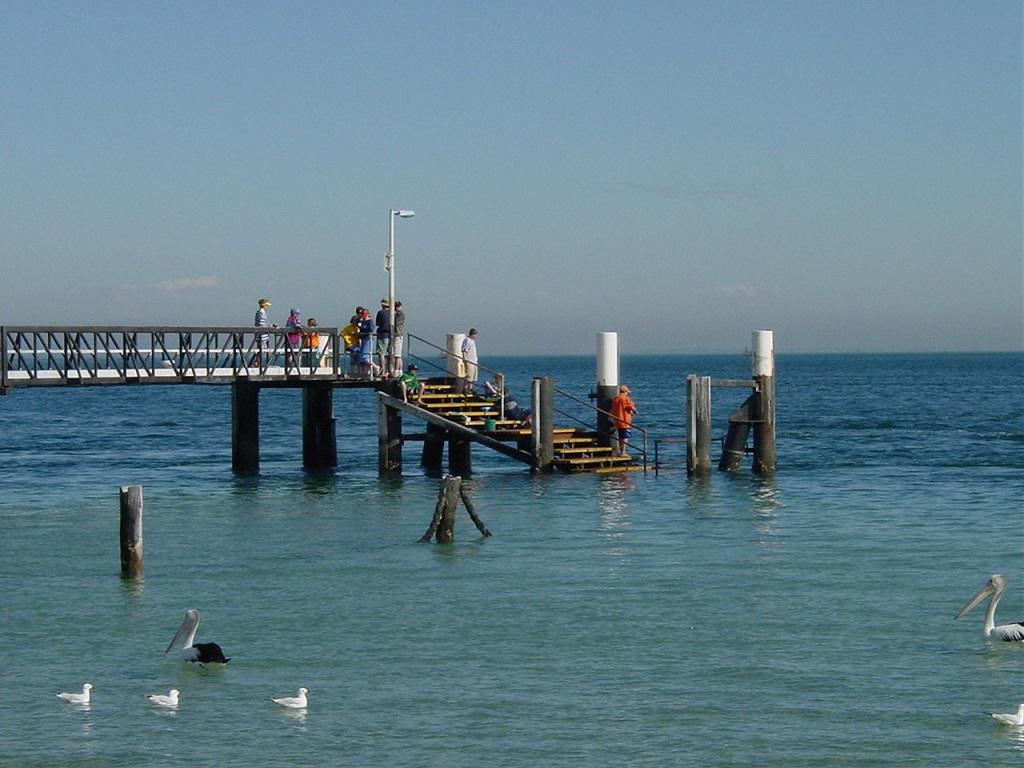 The Redlands has had many jetties. The first one was built in the 1820s on North Stradbroke Island.

Many were private jetties built by people whose land went down to the sea. Some were built by the Shire Council with a swimming enclosure on the end. Many Redlanders learnt to swim in these enclosures. Other jetties were built by the Queensland Government for ships, ferries and other boats.

Some jetties were simple wood platforms that were barely above the water at high tide. Other jetties were built of concrete and steel and were big enough for passenger ferries.

Why were they built?

In the early days, many people living on the coast travelled by sea because it was quicker and easier than travelling over the land. Many farmers sent their produce (fruit, vegetables, etc.) to market by boat.

The boats needed safe places to tie up while they loaded and unloaded their passengers and cargo. They also needed to be able to load and unload at low tide, when the water was very shallow. So, many jetties in the Redlands were built for boats.

People were also very fond of swimming, fishing and walking by the sea, and some jetties were built so people could do these things.

When were they built?

The first jetty built in the Redlands was at Dunwich on North Stradbroke Island. A 100-metre causeway was built out of rocks in about 1827-28. It was built by convicts living on the island.

Many more jetties were built all over the Redlands in the next 150 years, including:

What happened to the jetties?

Jetties get damaged by weather (storms and cyclones) and sometimes by the boats that use them. Sometimes vandals damage them too. Woodworm and other pests attack the wooden jetties and wooden piles can rot away. Most of the Redlands’ wooden jetties either fell down or were pulled down because it cost too much to fix them.

Most new jetties are built of concrete and steel so they last longer. There are still lots of jetties in the Redlands but they are not the old wooden jetties that were once so popular.