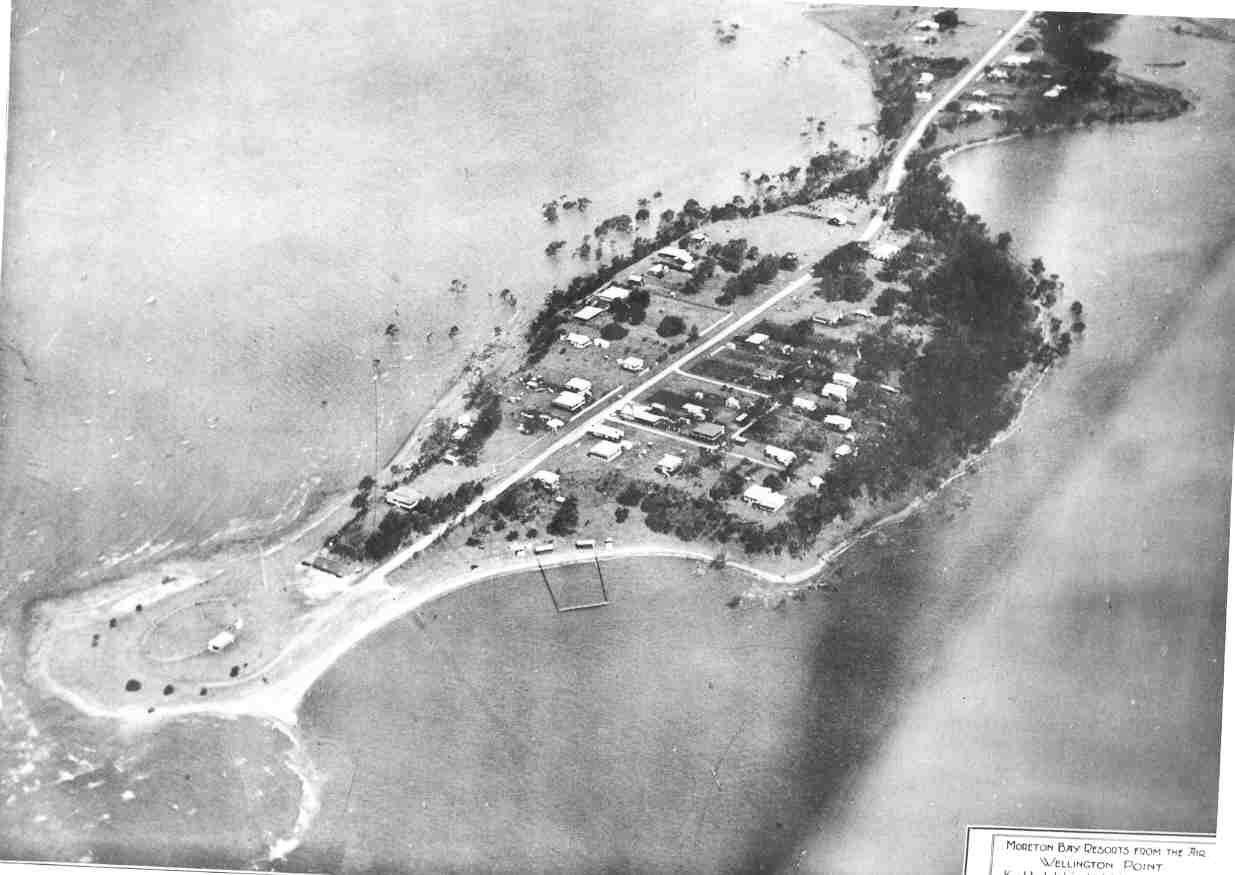 The Koobenpul people included the Wellington Point area in their traditional land. Along Hilliards Creek there are still canoe trees and a bora ring remaining from pre-settlement days.

Wellington Point was named by a surveyor in 1842, inspired by the Battle of Waterloo in 1815 where the Duke of Wellington led the British against Napoleon. The same surveyor also named Waterloo Bay and King Island.

The first European settlers began arriving in Wellington Point in the mid-1860s. Many were interested in growing sugarcane but this was slowly replaced with fruit and vegetable farming when cane proved unsuitable. Other settlers arrived to collect timber or to set up sawmills.

In the mid-1880s, a railway line was built from Brisbane to Cleveland, passing through Wellington Point and making the area popular as a seaside destination. Many of the oldest houses on the end of Wellington Point were holiday houses or weekenders built by people who lived in Brisbane.

The reserve at the end of Wellington Point was also a popular camping ground from the 1890s until it closed in 1974. Some families came every year for their summer holiday. The reserve had a swimming enclosure, a jetty and a kiosk.

Like most of the Redlands, most people living in Wellington Point were farmers, with residential estates growing once town water arrived in 1969.