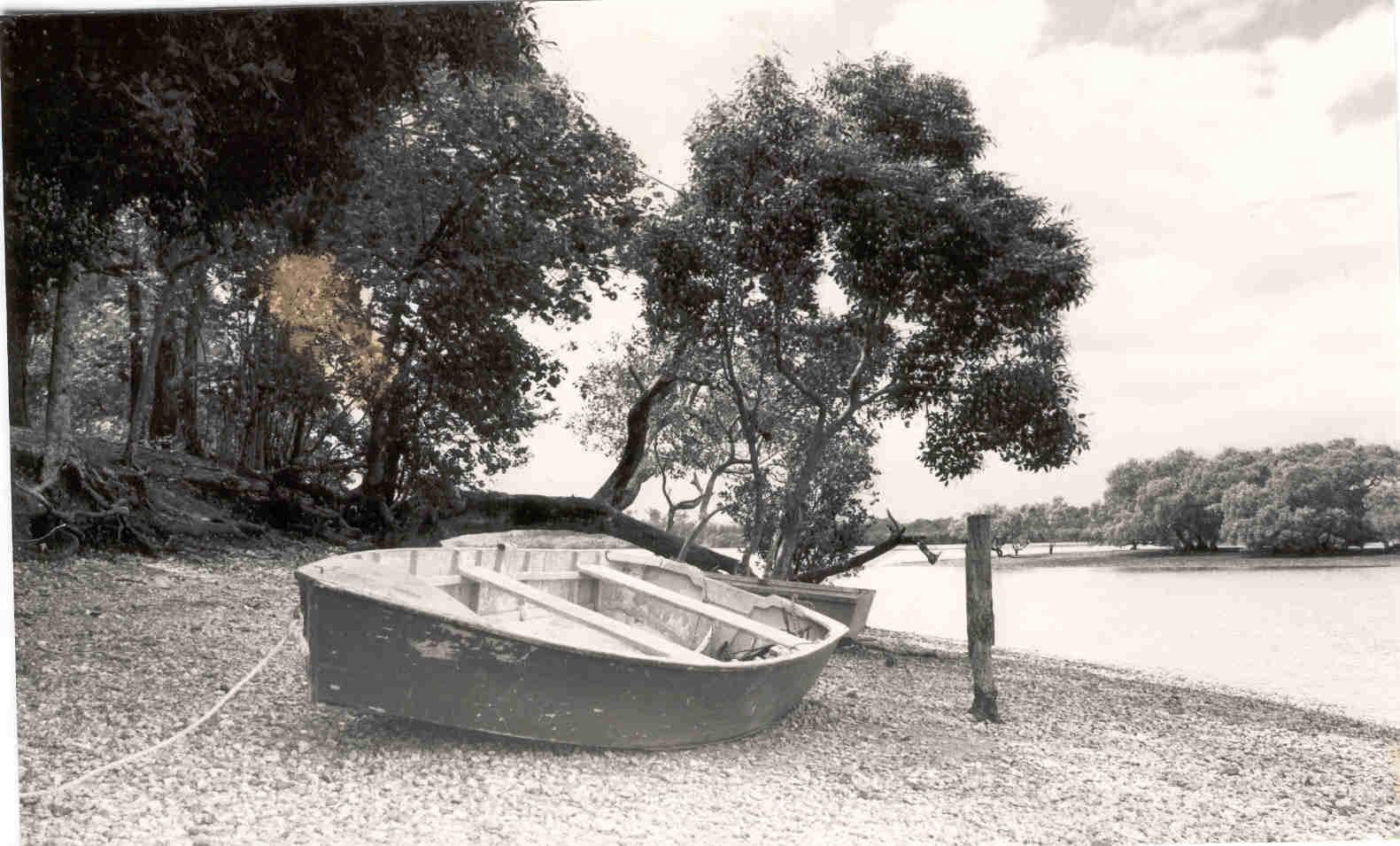 There is a great deal of evidence of Aboriginal people living on the Southern Moreton Bay Islands of Russell, Lamb, Karragarra and Macleay.

On Macleay Island, Corroboree Point is believed to be a ceremonial ground and dreaming site. There is also a midden (a collection of shells, tools and bones formed after hundreds of years of gathering at that spot by Aboriginal people). Thompson’s Point was also an Aboriginal campsite and was possibly used for spotting turtles. On Lamb Island, Harry Brook Reserve has a midden.

On Russell Island, there is an Aboriginal crossing point from the north-east tip across Canaipa Passage to Stradbroke Island.

Macleay Island was called Jencoomercha until, in the 1840s, it was named after Alexander Macleay, the Colonial Secretary of NSW. At the time, Queensland was part of New South Wales.

While Karragarra Island has retained its indigenous name, Lamb Island was originally called Ngudooroo. The origins of Lamb are not clear but it is possible that it was named after British peer William Lamb, also known as Lord Melbourne.

Some of the first Europeans to live on the islands were convicts. When the Moreton Bay Penal Settlement was operating between 1824 and 1842, convicts were sent to North Stradbroke Island to help with timber-getting and growing crops. Some convicts escaped and lived on the Southern Moreton Bay Islands. Other convicts who had served their sentences and were set free also lived on the islands.

Tim Shea was taken to Dunwich as part of a convict timber-cutting gang. He escaped about 1834 and lived on Macleay Island. For a while, Macleay was known as Tim Shea’s Island.

After the convict period ended in 1842, many people came to the islands for the timber. Fishermen also headed there to hunt dugongs for their oil and harvest oysters, firstly for their shells and later for their meat. They also farmed oysters, with it becoming the biggest fishery in southern Queensland for many years.

Farmers began to move to the islands in the 1860s. The early cotton and sugar were not very successful, so they started growing fruit and vegetables instead. Some farmers swam cattle across to the islands and tried to set up herds. One of the early fruit crops was mangoes and some of the trees planted in the 1890s are still growing. Later, pineapples and bananas were very popular.

Many of the jetties were built so the farmers could get their crops to markets on the mainland. Once the farmers began to do well, they built community halls, churches and schools. As the years went by, the farmers found it harder to make a living and, by the 1960s, they began to sell their farms.

The Bay Islands were subdivided into suburban blocks over the next 10 years sparking a controversial chapter in their development. A land scandal on Russell Island led to a court case which became the longest fraud trial in the history of British justice.