History of Birkdale and Thorneside 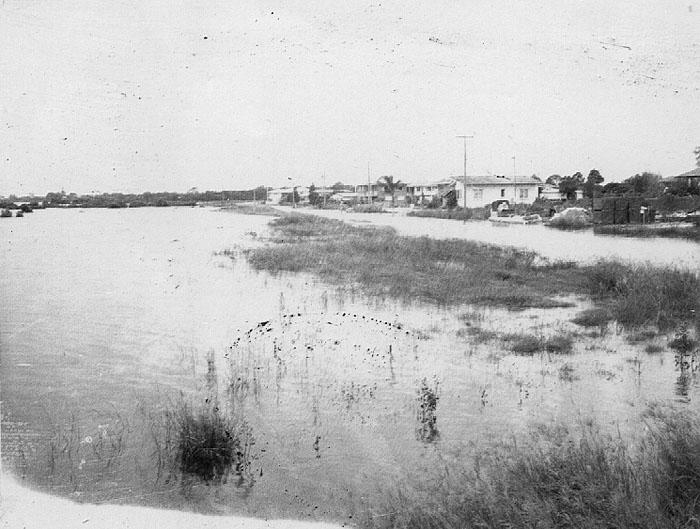 Tingalpa Creek, which borders Birkdale, was important to Aboriginal people for thousands of years. There is much debate about the meaning of the name Tingalpa which may never be resolved but, according to one survey map from 1841, it was originally called 'Tingulpa', believed to be a derivative of an Aboriginal term for a fat kangaroo.

Another map from 1855 names the creek 'Tangulba', leading some to believe that it derives from the tangul plant, which was used by Aborigines people to stupefy fish before they caught them. The point at the creek’s mouth was known as Mooroondu, thought to have come from a Jandai word meaning 'nose' or 'blunt and sloping downwards'.

When was it named?

The area was named Birkdale most likely in the early 1880s by William Thorne, a Brisbane businessman who began buying land on Mooroondu Point from 1880. He built Mooroondu House and named the area Birkdale after his birthplace in England. Originally, the suburb of Thorneside was part of Birkdale. However, in 1917 part of the land once owned by William Thorne was named after him, and the suburb of Thorneside was created.

The first settlers, who arrived in the area in the 1850s, were mostly looking to set up their own farms. Others were timber-getters lured by the many huge trees in the area, while others set up timber mills.

In the mid-1880s, when the railway line from Brisbane to Cleveland passed through Birkdale, the area became more popular. People moved to Birkdale and commuted to work in Brisbane, while others built holiday houses. However, they were mostly farmers who went on to build schools, shops, churches and other facilities to make life easier.

Before the Birkdale school was established in 1916, local children walked or caught the train or rail motor to the Wellington Point school. Classes at Birkdale school were held in a marquee until the money was raised to build a proper building, which was finished in September 1917.

These hard-working folk also liked to relax and socialise, with the school becoming the centre of social activities as it was the only place suitable until the Birkdale School of Arts hall was built in the early 1920s. The hall was also used for worship until a Methodist Church was built in 1923 on the corner of Napier Street and Birkdale Road, and the Church of England was built in 1933.

When Leslie Harrison Dam was built in Capalaba in 1968, Birkdale’s farms began to make way for homes.