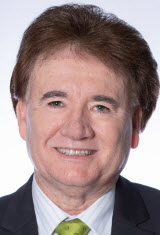 Lance Hewlett was born in Brisbane the eldest of three children to Lance (Senior) and Lola Hewlett and grew up in the south side suburbs of Holland Park and Mount Gravatt. He attended primary school for seven years at Seville Road State School followed by five years at Cavendish Road State High School. Interests outside of the classroom included playing rugby league, cricket, hockey and athletics.

Upon matriculation Lance worked briefly for the CBA Bank at Coorparoo but shortly afterwards accepted a position with the Queensland State Government and was appointed to the then State Stores Board as a Procurement Officer/Manager. After 11 Years within this department, Lance moved into sales and marketing positions within the private sector. His positions included National Sales Manager of one of Australia’s leading paper merchants/importers and Queensland State Manager of a 3M master distributor within the graphic and signage industry. External to his work commitments Lance was very interested in music and was the lead singer of a band that won both the “Palings Battle of the Bands” in 1986 and the “FM 104 Rock Competition” in the same year.

Lance and his wife Sheena were married in 1988 and settled in Victoria Point in 1992. They are both passionate about community, family and social justice. Lance is dedicated to making a difference in Division 4 and providing an enriched lifestyle in the Redlands.

News from your local councillor

You can view the current and previous editions of Lance’s newsletter to find out more about what’s going on in Division 4.