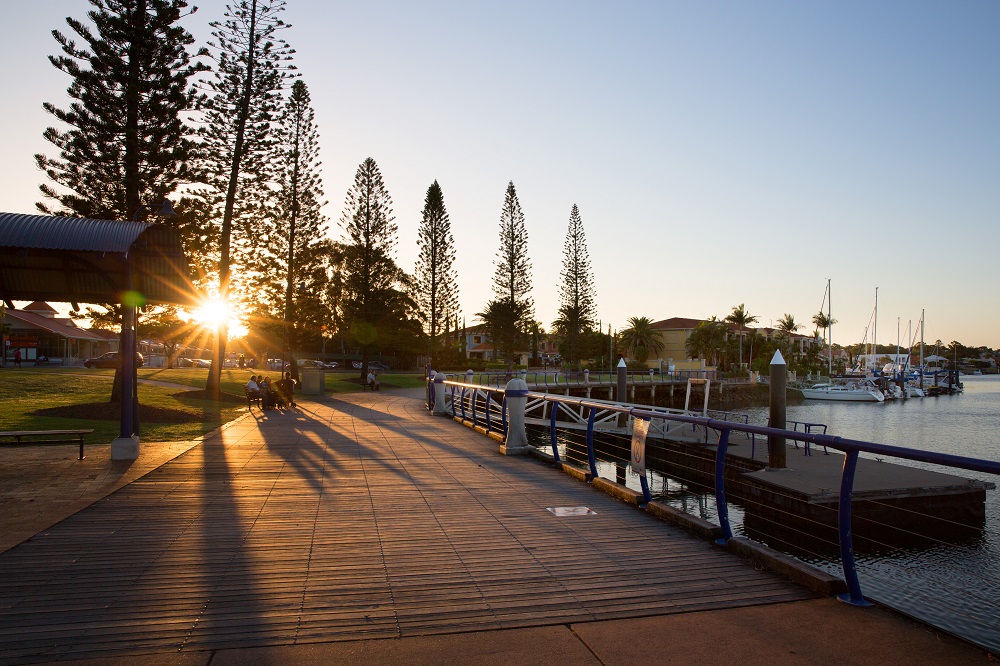 When Moreton Bay was opened to settlement from 1842, free settlers began to move to the Redlands Coast. At first all the land from Ormiston south through Mount Cotton and Redland Bay to the Logan River was leased to grazier Joseph Clark, who ran cattle on the land. The first land sales in the region were held in 1851, and Clark soon relinquished the lease.  New land owners had to clear their land, so timber and saw-milling was a major early industry. Crops gradually replaced grazing. And for the next 100 years, most people who lived in the Redlands Coast region were farmers or fishermen on the mainland and Islands.

In 1885 the Cleveland Divisional Board, later renamed Cleveland Shire Council, was formed, and soon built its new office on a site that was by then surrounded by farmland, which had curtailed the traditional Quandamooka ways of life in the area. For countless years the site had been a hub for corroborees, trading and celebrations on the shores of Raby Bay (Doobawah) with hundreds of people meeting there. This old Shire Hall building was still in use in 1949 when Cleveland Shire Council merged with parts of Tingalpa Shire Council to form the Redland Shire Council.  A wing was added at that time, then in 1969 it was replaced by a new brick building.  In 2008 the Shire was granted City status, and today its extended building is still an important meeting place, continuing the age-old use of the land upon which it sits.